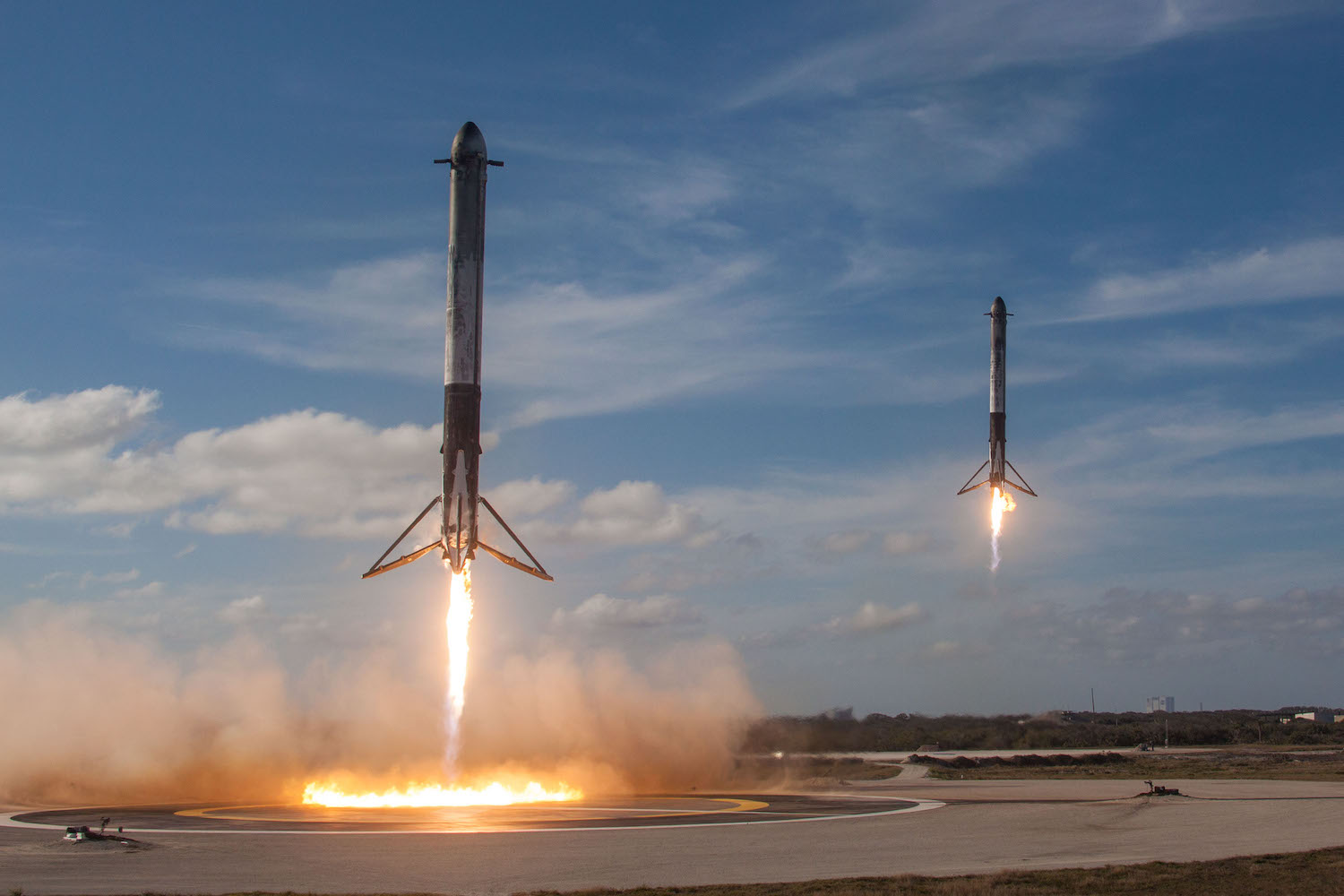 I didn’t expect to get chills racing down my spine, but I did. Even now, after the initial excitement has worn off, I still think the Falcon Heavy launch and booster landing is one of the coolest things I’ve ever seen.

Peter Diamandis explains the idea of super-credibility — an event or confluence of associations that bypasses the default skepticism in our minds and instantly makes an idea seem attainable. It becomes a question of when, not if.

Growing up watching Space Shuttle launches, it became a given that rockets were expendable things. It was certainly the case with the fuel cartridges that powered the little model rockets I launched from my backyard.

The simultaneous booster landing was the moment that crossed the super-credibility line. At that point, ideas of space travel, asteroid mining, and intercontinental commutes all started seeming feasible, and they would all take off and land just like that. Ironically, seeing the seemingly impossible happen once was the catalyst for imagining it becoming mundane.

Watching the livestream, it was incredible hearing the cheers break out every so often. As an engineer, I can appreciate the process of toiling away for a long time to make something work, and the deeply satisfying moment when everything starts working (albeit, personally, on a much smaller scale). I recognized that with each cheer, each flight stage, probably each second of flight, someone’s (or many someones’) sweat and tears came together. I can’t even begin to comprehend the work that went into a successful test flight, but I can certainly appreciate it.

If anyone from SpaceX ends up reading this (hi!), thank you for pushing humanity forward.